Wikipedia define it as “Online chat may refer to any kind of communication over the Internet that offers a real-time transmission of text messages from sender to receiver. Chat messages are generally short in order to enable other participants to respond quickly… Be aware that the expression online chat comes from the word chat which means “informal conversation”. Online chat includes web-based applications that allow communication –often directly addressed, but anonymous between users in a multi-user environment. Web conferencing is a more specific online service, that is often sold as a service, hosted on a web server controlled by the vendor.”

A talker is a system that people use to talk or chat to each other over the Internet. Further, some people use these talker programs inside things like MUDs or Multi-User Domain. These are in situations like online games where you could type messages to either a rival or someone on your team. This was pretty good, however, I must admit I just cannot be creative enough for giving names. One of the ones I used once, and I’m still getting told about, was the nickname I used of Lightening Bird. Why you ask? Well I was away at school and getting ready to play the game that night. I looked outside the window and knew I needed a nickname as my normal ones were used. I saw a bird and tried that one and someone had that. Now what to try? There went a streak of lightning. Someone had the username lightning, so I put the two together – Lightening Bird. My husband STILL won’t let me live that one down…

There are different degrees of online chatting – from sending text messages (instant messaging (IM) or SMS) to voice to moving images with webcams. Sometimes all 3 can be combined when talking.

Online chatting was happening even before the internet. I can see your face now – how can that be? It can be because systems were interconnected by cables and cords first within the same building and then as time moved along, they found ways to connect computers first between dedicated lines between 2 or more different buildings within companies. Then later as the internet came along and became more cost-effective, companies started using that as a way to chat.

According to my research, in the mid 1960s, Compatible Time-Sharing System (CTSS) and Multiplexed Information and Computing Service (Multics) started to appear on multi-user operating systems and usually they were either in the military or within educational systems. The CTSS was used at MIT.  Using my experience, I would say the IBM machines used were probably mainframes (as was the case for back then due to PCs not being invented as we know them yet) and if you read the referenced article it was between US colleges.

Online chat started in 1974 with a chat program called Talkomatic. This was done in a University setting between up to 5 people talking. These were only characters appearing between each user – no voice and no pictures. I know in the 1970’s Unix had a chat program called talk that was used as well. These  weren’t solely dedicated to only chat. Those servers came along in 1980 through CompuServe.

During the 1980s, and as I mentioned above, as connections and computers/mainframes grew, so did the protocols that were used. This is when the Unix chat term “talk” was first used for peer-to-peer and then others required users to connect to a server and then they were able to chat which is when IRC or Internet Relay Chat became useful.  I know that IRC was created in 1988. In a prior blog, I talked about Bu

lletin Boards and how they were used. One of the functions that you could use on them was chat or talk depending on what the administrator called it.

During the mid 1990s, there were more and more online service providers coming on the scene, the chat programs that started to appear quite frequently. Further, as people started to get more interested in what the internet could give them, the user’s screens started to become updated and less scary in appearance for novice users. This is when people started to embrace known programs such as ICQ, MIRC, Yahoo Messenger, and AOL. Because of these changes the term online chatting was starting to be used and accepted. Further, chatting was now getting to be more than just typing online – voice and video were both starting to be combined in different formats.

In 2000, a new protocol appeared and a programmed named Jabber appeared. Because this reduced the protocols that were used, many of the programs that wanted to do typing, voice AND video now could use this new protocol and get quality among all 3. This was also used on servers and mainframes like IBM to talk in-house using these same protocols. During late 2003, Skype was created and started to be used. It could do this easily now because of this new protocol.

In 2010, you may have noticed many of the new social media types (many I’ve already discussed here on this blog) have intercepted the idea of having some kind of chatting. I know Facebook included message typing and only recently has went that step further and has now included video and audio. This is so you have many different ways you chat to others and you can use only the one program, and these businesses are hoping that you keep and use theirs more than any others.

If you wish to see more about other software that uses chat and online services this link is for you.

Upon writing this blog entry, I remember using this technology many times before I even knew what it was. I used it when I was at a community college to talk from one green or yellow screen to another on the AS/400 mainframe. Then I used it during the Bulletin Board days in the early 1990’s when I belonged to the Bulletin Board. It was strange back then that you would connect, by dial-up modem, log in and then while either writing an entry in one of the many forums or playing one of the MUDs, I would get this message on my screen (usually at the bottom or top) from the person running the board. The first few times it was really weird, and then after a while, it was a normal thing if something was happening.

Then I think about all the problems and swearing my husband and I did when we started to use this technology. This technology we used back in 1996. Back then we would try to use IRC; however, as the servers were busier and busier they were harder to actually able to connect to and use. Sometimes we would send emails back and forth stating that we couldn’t connect, and after searching around, we found that we could use talk on the Unix servers at the university I was attending.  I found many of the servers that were not normally used, and we would get onto them and talk by using talk or ytalk. It was interesting; however, by that point we were looking at me immigrating to Australia and that meant we needed chat logs as proof and with talk or ytalk, back then you just didn’t have that. Why you ask? Well imagine the DOS screen and then a dotted line in the middle of the screen. One user was at the top of the dotted screen and the other was at the bottom of the dotted screen. Then you’d “talk” and when you ran out of screen (either the bottom of the screen or you got to just above the dotted line) and when you pressed enter it would to go to the top of the screen and erase everything that was written. That being said, we did get to talk but we just had no proof.

Screen for talk command in Unix

Anyhow, over the years we have used MSN, Yahoo, and many others. At this point, 2013, we usually use Skype. Are there other ones out there? Sure there are, but most people know that one and its pretty basic and easy to use. In fact, these types of applications have helped me many times since moving from the US to Australia. One time it helped by supporting a friend that was having a tough breakup. Another was a family member coping with changes going on in their life and then there was my sister. Skype helped when my brother-in-law died back in 2010. I was able to have the Skype app on my brand new Generation 1 iPad and I was able to support my sister deal with him being sick, and then later, support her when he passed away and the long days that followed. If it wasn’t for Skype and functionality of it, I don’t know how we would have coped. Oh don’t get me wrong, we would have coped but I don’t think it would have been as helpful or kept me functioning both at work and in supporting of her.

446 thoughts on “Social Media – My View on – Chat/Instant Messaging” 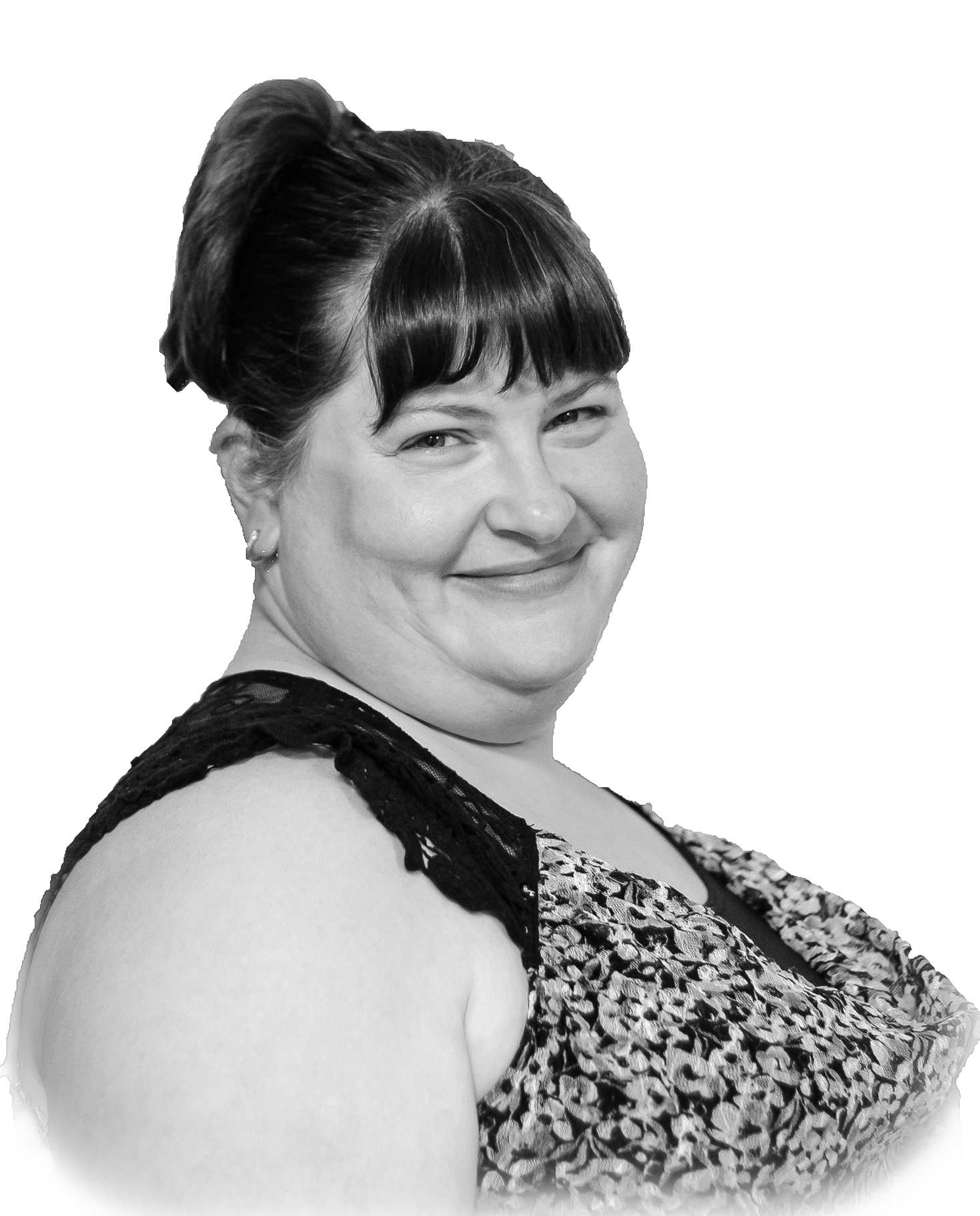 Gmail goes to next level

Back after an interruption…

Blogging Series- Setting up an Appearance

Blogging Series-Is it difficult to set up your own blog? Are they very technical? Colors/theme?